“Oh, you hate your job? Why didn’t you say so? There’s a support group for that. It’s
called everybody, and they meet at the bar.”
-Drew Carey 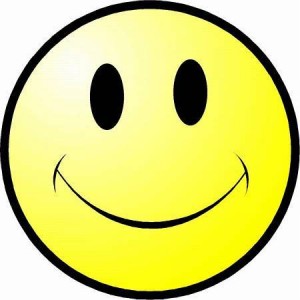 “Did you win the lottery?” was the question I was asked over and over
again. I have to admit that quitting your job when you are 42 years old is a bit odd and it will definitely bring out some questions.

understandable to college students and vagabonds.

“Isn’t it dangerous?” is the second most asked question. I find it interesting that my coworkers who wake up at 3am and commute through New Orleans on a DWI infested highway just to arrive at a refinery that explodes on a semi-annual basis think that cruising on a sailboat is dangerous.

During one rather violent explosion I found myself diving under the desk as I patiently waited steel debris to come crashing through the ceiling. Just another day at the office.

I’m not sure what this says about me personally, but I always dreamt of the day that I would quit my job in the most obnoxious way possible. I fantasized about drawing a big smiley face on my bare bottom. Across both cheeks with an extra fat tip black marker (I’m not sure how I was going to accomplish that). Jump up on my boss’s desk and give him the biggest moon he had ever seen while humming “God Save the Queen.”

But that was just day dreaming. A little break during my monotonous work existence
to bring a “you won the lottery” size smile to my face.

And that’s the point. No one ever thinks they are going to quit their job. They want too, but they don’t.

So when you do make that leap. When you have finally decided that you are going to do something else with your life, oddly, all the little irritations about your job fade away.

No longer are you worried about office drama, new company policies or mind numbing work. Even though you may have months before you give your two-week notice, these things that irritated you like a jagged stone in your shoe magically disappear. It’s wonderful.

There is no greater joy than being 8 years old on Christmas morning.
Quitting your job is a close second.

4 thoughts on “Quitting My Job”