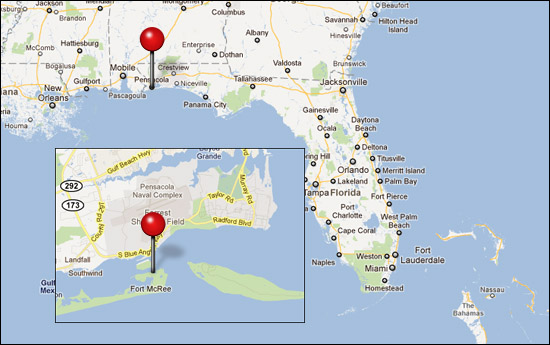 You don’t see a Blues Angels air show, you feel it. The Angels and their F-18 fighter jets swoop down on you silently and then pass you with a loud thunderous boom and rumble that shakes and rattles every organ in your body. A blind person can leave the show with the same feeling of exhilaration and marvel as everyone else.

Formed in 1946 and putting on shows in over 40 cities every year, the Blue Angels were formed as a demonstration of Naval air power. I can personally vouch for its’ effectiveness. 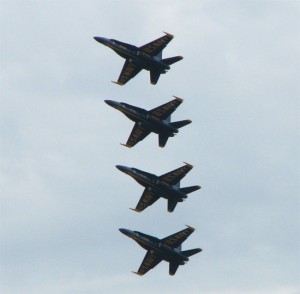 Blue Angels as they fly over our sailboat.

The air show, which is really an all day event, consists of vintage aircraft and stunt pilots doing all sorts of tricks in the sky that would leave me lunch-less after a mere 30 seconds twists and flips.

The Blue Angels flew last and after the show a few friends gathered in the cockpit of our sailboat for some afternoon cocktails.

Our friend Joey, looking at his drinking glass, mentions “Back in the time of Christ it
wasn’t unusual for conquering armies to decapitate their enemies and make skull
cups out of their heads.”

Odd conversation I thought but what the hell, let’s see where this goes.

Joey continued, “One king or shah, I forget which, decided to pimp out his mug. He took the head of his conquered enemy and had the skull turned into a gold plated, jewel encrusted chalice.” 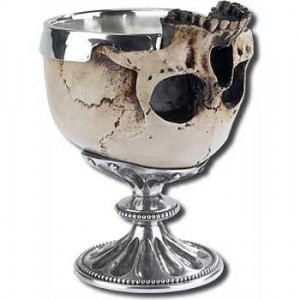 I really didn’t know what to say at that point, “That’s pretty sweet, I could use one of those.”

Our friend Tammy joins in laughing a little, “You know I can make that happen.”

The boat goes silent as she continues, “I’m a mortician so I can probably get you a skull.”

I couldn’t tell if she was serious or not so I asked, “Umm, aren’t the families going to notice during the wake if the heads of their loved ones have been chopped off?”

“I can’t get you one of those heads. I have a friend that cremates body parts and I’m
sure he has some extra heads.”

At that moment I was just hoping that all of this was legal and not some work of a serial killer.

She continued, “A lot of people donate their bodies to science. What they do is, chop the body into different sections and send a head to this group and a torso to that group. When the researchers are done, they send the body parts to my friend and he cremates them.”

“That’s interesting and a bit disturbing.” I had to ask, “What is the most revolting thing you guys have to do?”

Tammy thinks for just a brief second, “Well, it’s not what you do, but how the bodies come in.”

She continues, “Floaters aren’t too bad, Jumpers are a mess but the worst bodies come from cat owners.”

I didn’t want to believe what I thought she was saying, so she finished off her thought, “The cats like to have a little snack before the bodies are found.”

Doesn’t that just make you want to run out and buy yourself a cuddly little kitty. I now refer to our two cats fearfully as, Hannibal Lector and Jeffery Dahmer.

Tammy stands and looks at her fiancé Marlin, “Are you ready to go back to Keeld Over.”

Tammy flashes a wicked smile and says, “That’s the name of our boat.”

Nobody said it, but everybody was thinking it, “We wish you the best of luck Marlin, you’re going to need it.”

I once saw an episode of Seinfeld where his neighbor Kramer insisted that if you are ever at a party and meet a proctologist, you need to park yourself right there because you will hear the most outlandish stories you have ever heard.

I think I’m going to add morticians to that short list.