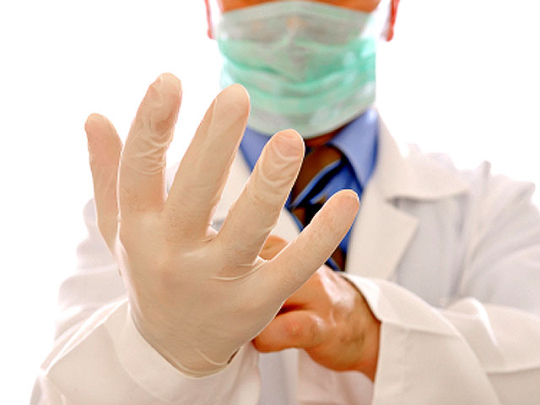 “My doctor gave me six months to live, but when I couldn’t pay the bill he gave me
six months more.”
-Walter Matthau

In preparation for our sailing voyage, I decided to take advantage of all the expensive insurance coverage my employer forces me to have.

I haven’t had a physical exam in twenty years, feeling healthy, I didn’t see the need. But it seemed like a prudent idea to get checked out. So, I made a doctor’s appointment.

So after some initial poking, prodding and listening to my heart and lungs, the
doctor, nonchalantly states “Pull down your pants and underwear and put your
elbows on the table.”

At that moment it occurred to me that I am getting the old man’s physical exam. I thought 40 was the new 30. What the hell is this all about?

He continued, “I am wiping on some KY jelly.” Words that should frighten you.

I’m not sure how deep they have to go to check your prostate but it felt like he was up to his elbow. I highly recommend an Asian female doctor for this procedure. Slim fingers.

This doctor’s visit, to say the least, was uncomfortable. I’m just thankful they don’t offer
amusement-park action photos at the time of penetration. It’s not exactly a Kodak moment.

I guess I didn’t feel like I had been humiliated enough so I decided to go ahead and get a vasectomy. After living with my teenage daughter the last couple of years, becoming sterile sounded like a great idea.

So after a brief explanation about the vasectomy procedure the doctor asks “Any
questions?”

“Ok, good, stand up and take off your pants and underwear.”

I have had too many guys looking at my goods lately.

So the doctor prescribes me a valium which I am supposed to hold onto and take once I return for my vasectomy. He said, “It’s to take the edge off.”

That’s smart thinking, but if I have to be awake while you cut into my scrotum I would like to go ahead and supersize my valium order please.

I had never taken a valium before. I would like to state for the record that I am now a big fan of the stuff. I tell you, that pill can definitely take edge off.

Riding my valium high, I follow the nurse back to a room that vaguely resembles an operating room. Very vaguely.

“Take off your pants and underpants please, and place them on the chair.” She warmly
states as if it’s normal for a complete stranger to ask you to remove your clothes. It’s getting to the point where I don’t know why I even bother getting dressed to go to the doctor’s office.

Lying on my back on this make-shift operating table, my friendly nurse says, “You did a good job shaving, did you have any help?” as she tapes my penis to my abdomen. Thankfully, she continued with an explanation before I could answer, “We need to keep him out of the way when the slicing starts.” “Good plan”, I thought.

The doctor walks in and looks down at me, “Are you ready?” I know he was just being polite but as I lay there naked on my back with a scrotum that resembles a hairless cat, my penis taped to my abdomen and enough valium to make me ok with the fact that complete strangers are about to slice me open, cut a couple of tubes, and cauterize them with high voltage, yeah I think I’m ready.

Now, I must admit that the procedure itself was relatively painless. Besides the initial shots, which weren’t any worse than any other shot, I would have to say that I was very
comfortable during the procedure. So much so that I decided to make a little small talk. I didn’t have anything else to do so I thought a little chit chat would pass the time.

“Hey doc, when was the first vasectomies performed and what was the original purpose?”

He stopped working and was thinking, “You know, I really don’t know.”

All kinds of alarms and sirens were going off in my head. How could he not know? Isn’t this his specialty? Who is this guy and does he really know what he is doing?

It was at that point that it occurred to me that I spent more time picking out a six pack last night than I did selecting a urologist. Ahhhh, it’s nice to have priorities.

The doctor began cauterizing and I could hear electronic sparks flying from some instrument he was using. It sounded cool and something I would like to see. Well, you haven’t lived until you see smoke billowing from your nut sack like a stream of smoke from a cheap cigarette.

I laid my head back down and remained quiet for the rest of the procedure.

For the next 24 hours I laid on the couch, popping pain pills, with a bag of frozen peas on my scrotum. Every time we have peas for dinner I like to torture my family with comments like, “You know, I think these are the peas I used after my surgery.” Just good dinner humor.