Situated within a 140,000 acre wildlife refuge, the Kennedy Space Center Visitor Complex is just a short drive from the marina and we couldn’t leave Titusville without a tour.

It’s hard to believe that just over 50 years ago the first American, Alan Shepard, was launched into outer space and into the great unknown. 8 years later, Neil Armstrong took man’s first steps onto Earth’s moon. 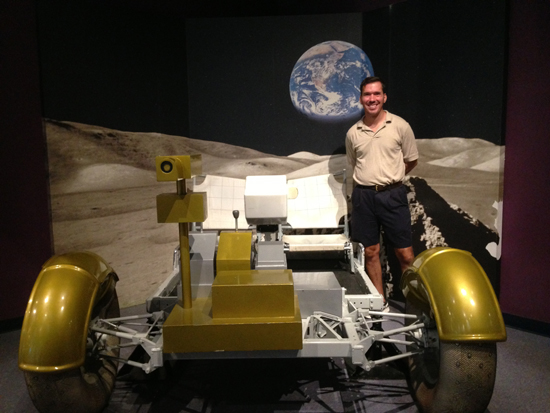 Conrad on the Moon

As we made our way through and studied the exhibits of the Kennedy Space Center it put into perspective that we are but a small speck in this vast universe. 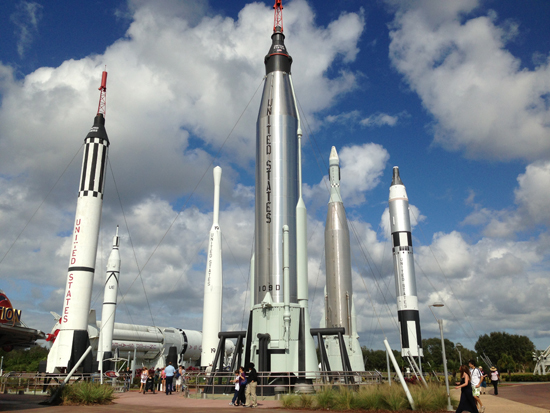 The Rocket Garden is the final resting place of several historic NASA rockets where you can climb aboard Mercury, Gemini and Apollo capsules – and get an idea of the cramped quarters America’s astronaut pioneers endured. 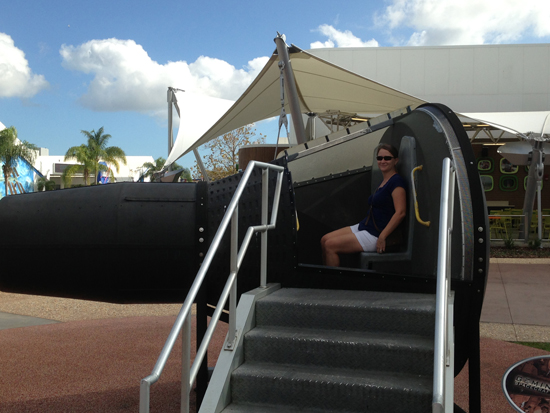 Roxanne in a Gemini Capsule

The tour wouldn’t be complete without a viewing from the IMAX theatre. The five-story screen and 3-D special effects make you feel like you’re floating right along side of the astronauts. 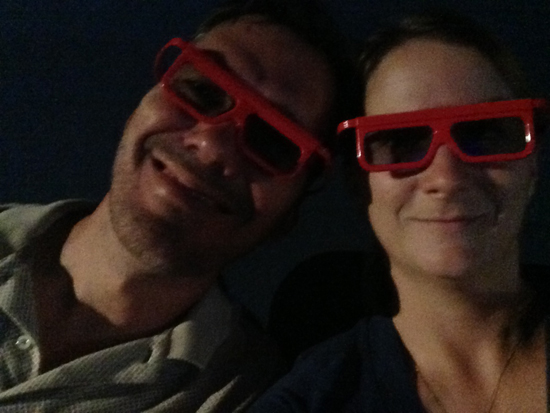 Waiting for the movie to start.

The visitor center consists of endless hands-on exhibits for kids of all ages. Conrad took this opportunity to practice his landing techniques before submitting his application to NASA 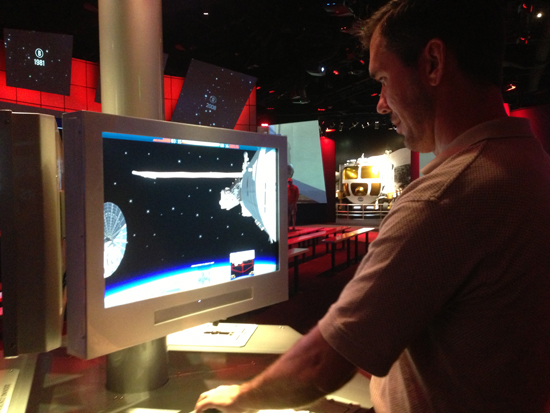 Conrad at the exhibit.

From the visitor complex we took a bus to the Apollo/Saturn V Center which houses the Saturn V moon rocket used to launch astronauts to the moon. Along the way we passed by the gigantic Vehicle Assembly Building built in the 1960’s to construct the massive Saturn V rockets. It is one of the largest buildings in the world by cubic footage.  It’s hard to fathom the size of this building.  The Saturn V rockets are 36 stories high and can roll through the large vertical doors. 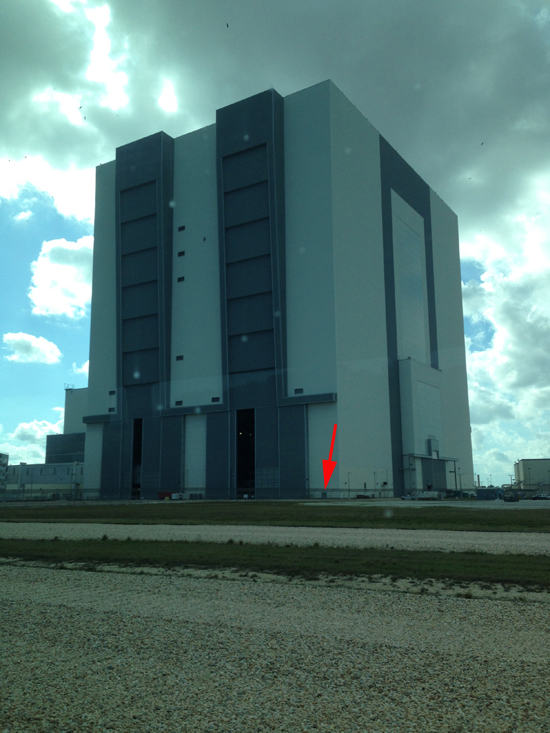 Vehicle Assembly Building. Arrow points to a spec that is a typical size house door. 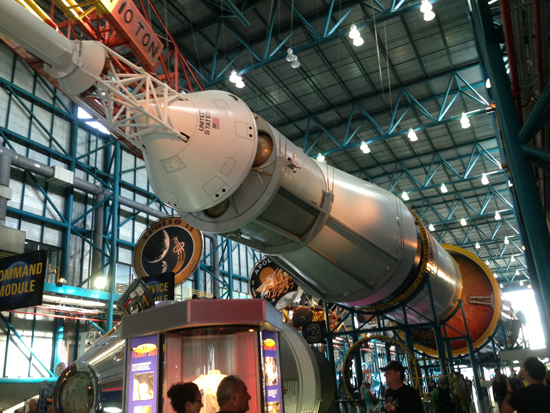 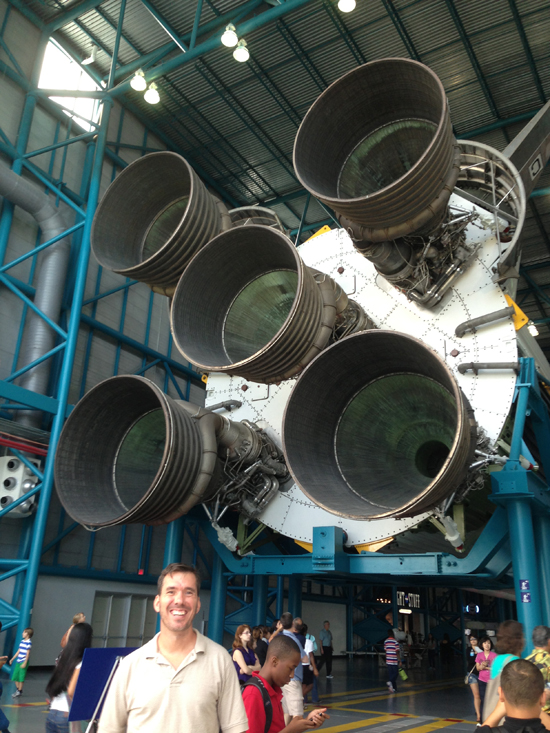 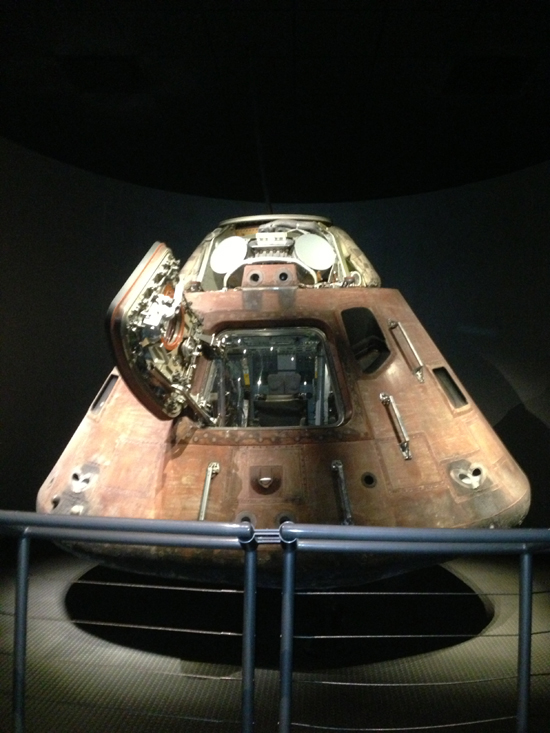 Apollo 14 Capsule charred from re-entry in 1971

We ended our tour with the shuttle launch simulation experience. It involved a lot of violent shaking and rattling but was very cool none the less.

Our marina is located near the base of the Max Brewer Bridge which stretches over the Indian River to Merritt Island. From the top of the bridge you get a clear view of the John F. Kennedy Space Center. We’ve had the opportunity to watch two rocket launches since we’ve been here. One was at night and the other during the day. They were both very awesome.

You can see the rocket in the picture just before it disappears into the clouds. 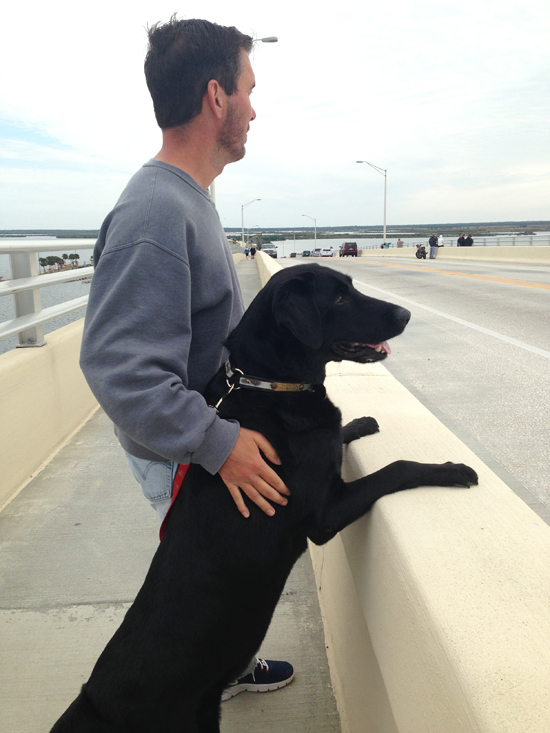 Even Skeeter enjoyed the launch.

3 thoughts on “A Small Spec in the Universe”