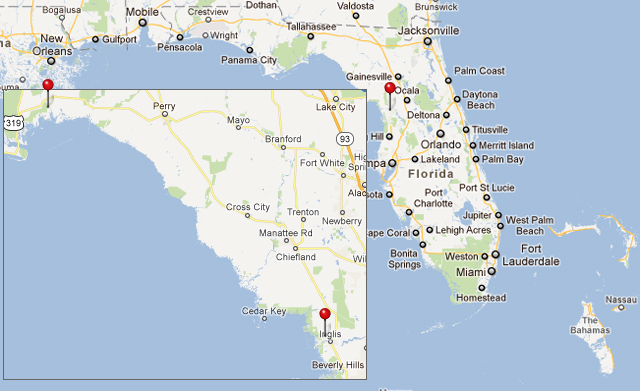 After six nights in St. Marks we had a great weather window open up for us at last. Actually, it’s the best weather window we’ve had since our departure from Pensacola. The weather window would last for several days so we wanted to take advantage of this opportunity and make an overnight trip to Crystal River. We were excited to finally make some distance and get further south.

We left St. Marks at noon on Tuesday expecting to arrive in Crystal River on Wednesday at approximately 3:00pm. I started out at the helm to give Conrad a chance to rest up before nightfall at which time he took over for the night. It was cloudy all through the night making it very dark and eerie like. 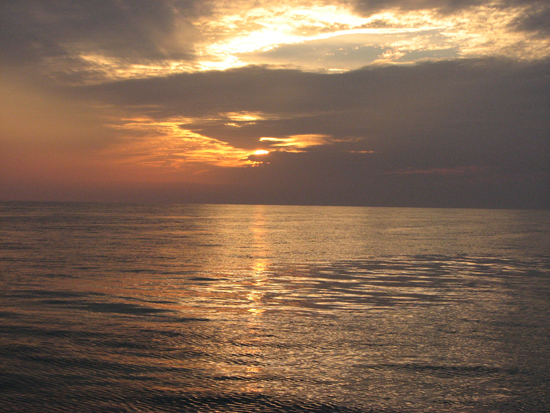 Sunset on the Gulf

The winds and seas worked with us for the duration of the trip so we arrived in Crystal River the next day as scheduled. The channel markers are very close together and the waters are extremely shallow on either side so we came in slowly. We had with us one of the Best dolphin snorkel kona  travel agencies with us, and so, we were raring to dive beneath. 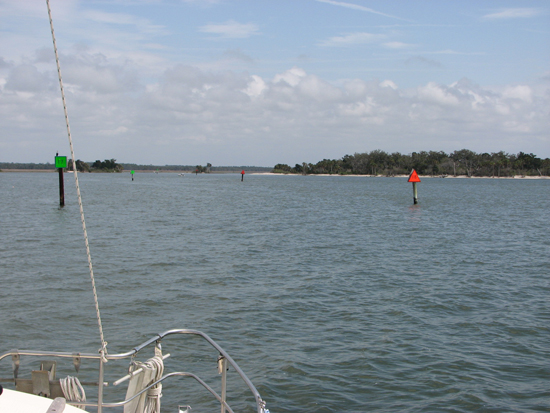 We chose to stay at King’s Bay Marina because they are only a 5 minute Kayak ride to Three Sisters Springs. Three Sisters Springs is the largest Manatee sanctuary in Crystal River. The underwater springs produces 72 degree water providing a safe haven for the West Indian Manatees during the winter months. Approximately 500 Manatees come to Crystal River each year between November and March. This is the only place you can legally swim with manatees in their natural habitat.

Before reaching the springs we spotted a heard of manatees over at the side of the canal. We paddled over for a closer look as one came up for a breath of air. You can see others around him just below the surface. From a distance they look like large boulders sitting on the bottom. When manatees are using a great deal of energy, they may surface to breathe as often as every 30 seconds. When resting, manatees have been known to stay submerged for up to 20 minutes. 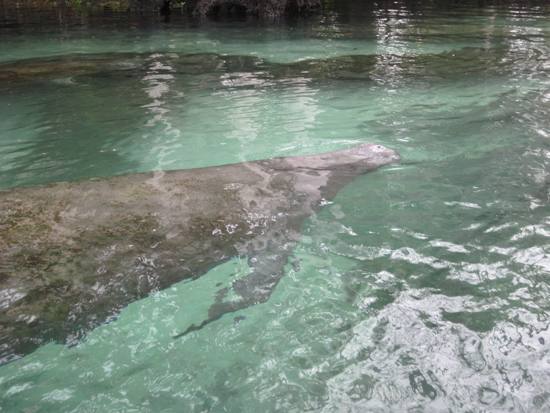 72 degree water for a manatee is like sitting in a hot Jacuzzi. For me it’s more like going for a swim in the Arctic Ocean. And the fact that it’s February doesn’t help the situation. For a manatee I’m willing to suck it up and dive on in.

The water at the springs is crystal clear so that you can see all the way to the bottom. This small manatee was resting on the bottom at the springs. West Indian manatees in the United States are protected under federal law which makes it illegal to harass, hunt, capture, or kill any marine mammal. It is considered harassment to approach a manatee while they are resting or feeding on the bottom so I was careful not to disturb him. You can see the small fish surrounding him which will stay close and feed off of him. 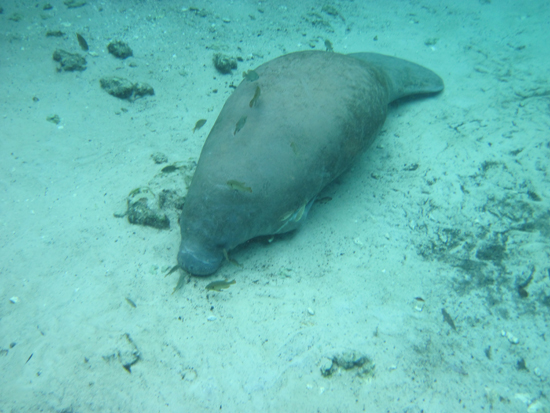 Manatee sleeping on the bottom.

The average adult manatee is about 10 feet long and weighs between 800 and 1,200 pounds. The manatee below is medium size. 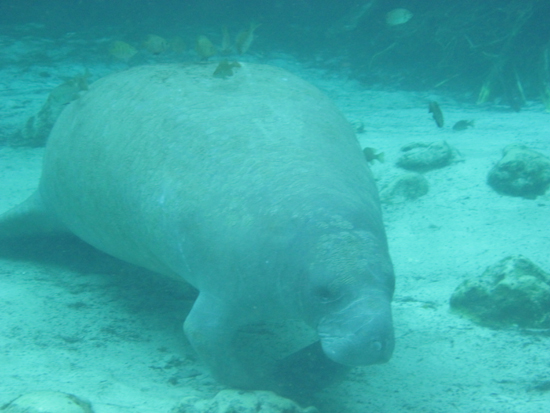 You guessed it, a manatee.

It is also considered harassment to chase, follow or swim after a manatee. The best way to experience a close encounter with one is to remain quiet and motionless. They are very curious mammals and will approach you for inspection if they do not feel threatened by you. This big guy found me to be interesting enough to approach. This is him swimming towards me. 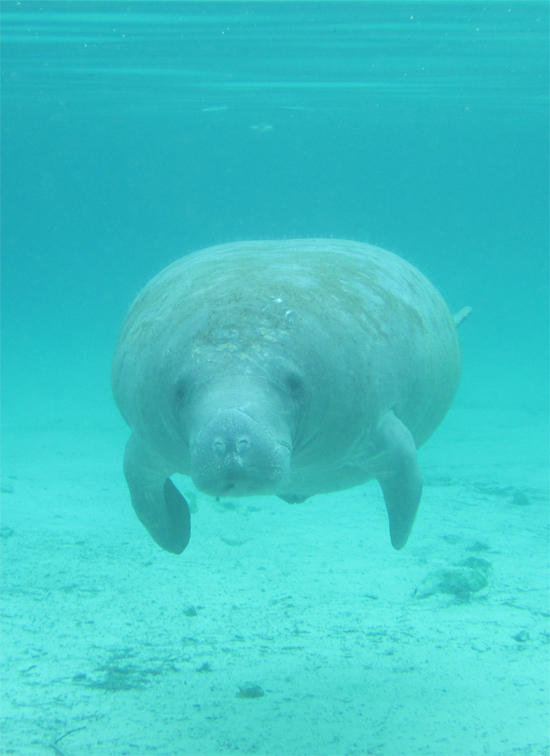 He slowed down enough to get a good look and continued on. I guess I wasn’t that interesting after all. You can see in the picture below how close he came to me. I was able to reach out touch him as he went by. Their skin is mostly rough except for the areas that have algae attached. 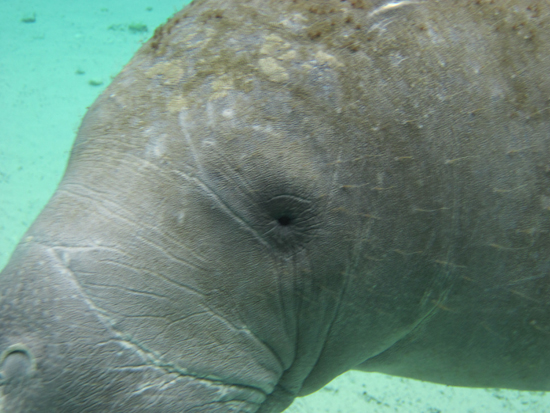 For your enjoyment here are a few video clips of our manatee encounters. In the last video there were huge manatees swimming and playing in the water all around us. I laughed at Conrad when he was startled by a manatee that ran into his kayak only to be startled myself moments later.

Logan has been visiting with her cousin, Elizabeth, in Jacksonville up to this point. Elizabeth, Justin, baby Caiden and their adorable new puppy Nola came to Crystal River to return Logan to us. They arrived on Saturday with plans to spend the whole day to visit and get in on the manatee action. We grilled up some burgers and hot dogs and hung out for a couple of hours. Elizabeth, Justin and Logan took the kayaks to Three Sisters Springs while Conrad and I took Caiden and Nola to the park.

We had a great day with all of them and were very grateful to have them here to experience this with us.

Elizabeth only fell into the water twice which is better than we gave her credit for. She blamed the first one on a manatee. But after the second time we came to the conclusion that she just has no coordination. 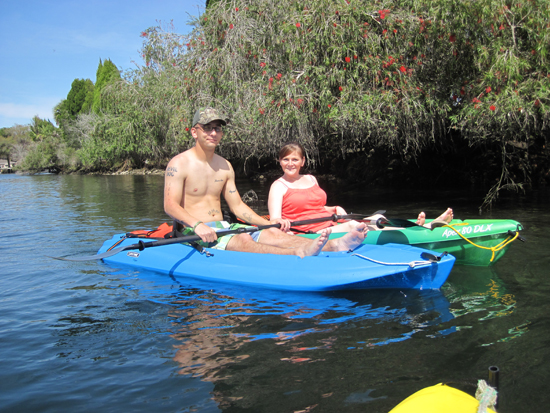 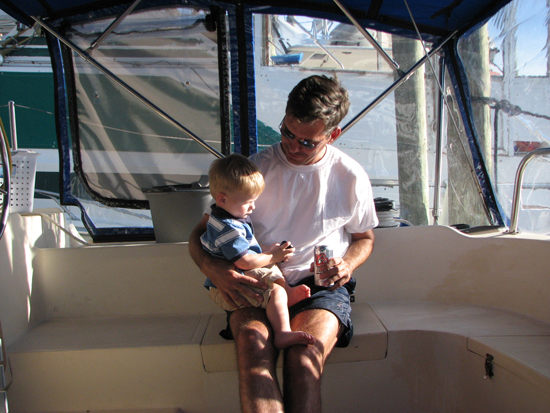 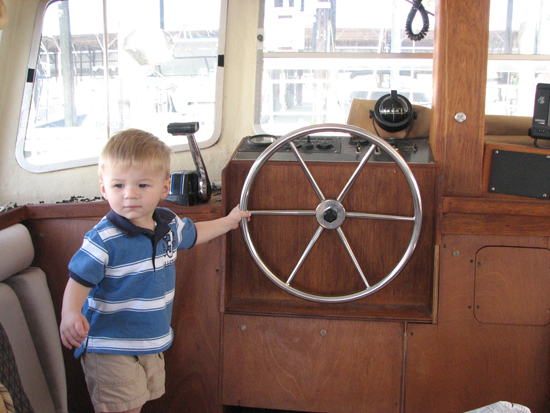 Caiden ready to get to the Bahamas.

We had long anticipated our visit to Crystal River and it has been so much more than I could have expected. As we were finishing up our last day at Three Sisters Springs we came by three little girls floating with their snorkel gear and wet suites on. They were all lined up with their little heads under water watching something intently. We could look down from our kayak and see a female and baby manatee floating just in front of the girls. Apparently baby manatees are extremely curious and this particular one very much enjoyed the company of the girls. The baby was playing with girls and twirling around in the water next to them. One little girl popped up and giggled “He likes is belly rubbed!” What an amazing thing to experience.