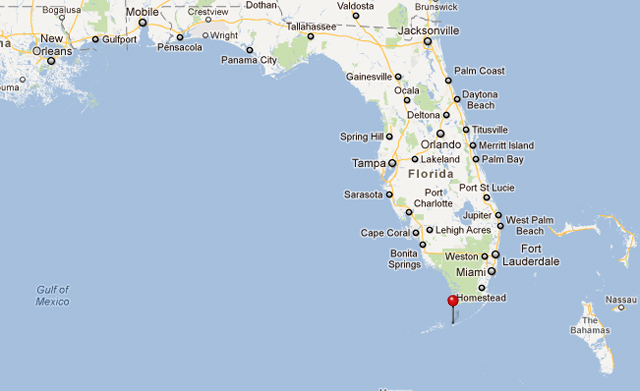 Where are we? Marathon, Florida Keys

In between work, boat maintenance, and school we’ve managed to find some time for exploring Marathon. The first thing we did was kayaked over to Sombrero Beach on the Atlantic Ocean. It’s a beautiful beach and park with a volley ball court, picnic areas and rinse stations. 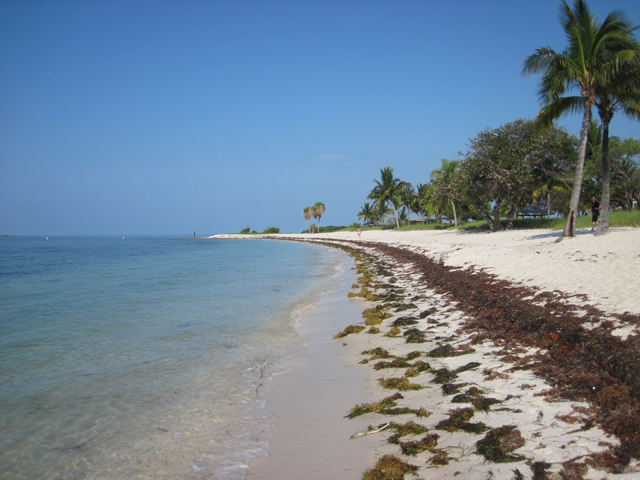 We quickly discovered that Marathon has an abundant iguana population. These guys are everywhere and they are huge! Logan has been given lessons by a local 10 year old girl, who lives at the marina, on how to catch the lizards. She hasn’t had her opportunity yet but we’ll be sure take pictures of the iguana catch or of the hosipital visit from the iguana bite.  Either way it should be very cool! 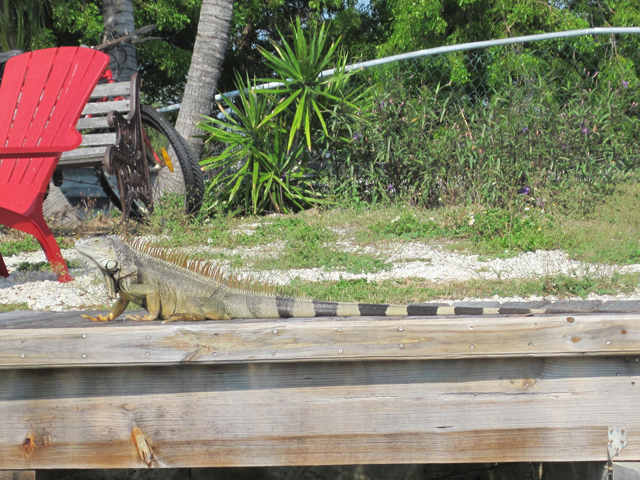 We also made it over to The Turtle Hospital where they rehabilitate injured and/or sick sea turtles. Most turtles are released upon rehabilitation, but there are a few who have become permanent residents due to the extent of their injuries. They have a very dedicated staff who gave us a tour of the facility where we were able to meet some of the patients. 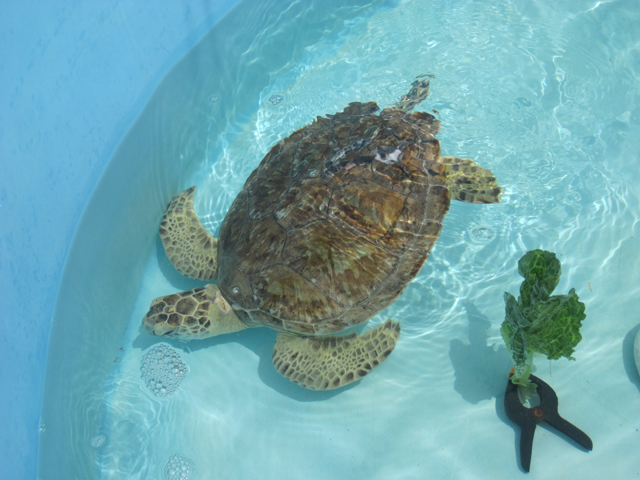 Turtle recovering from from a boat propeller strike. 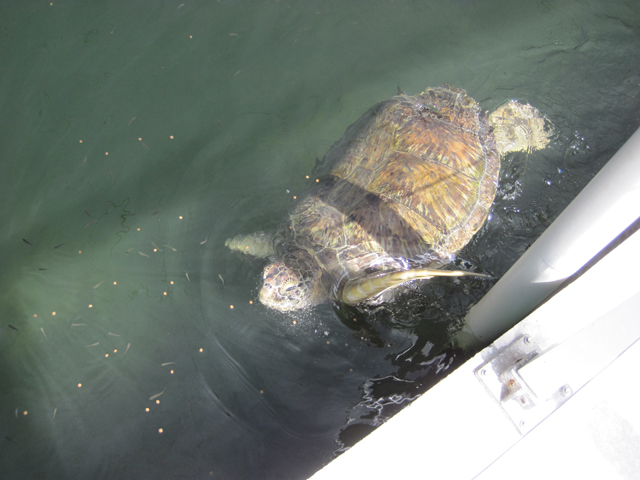 This is Bubble Butt, a permanent resident due to the damage caused to the back of his shell from a boat strike. 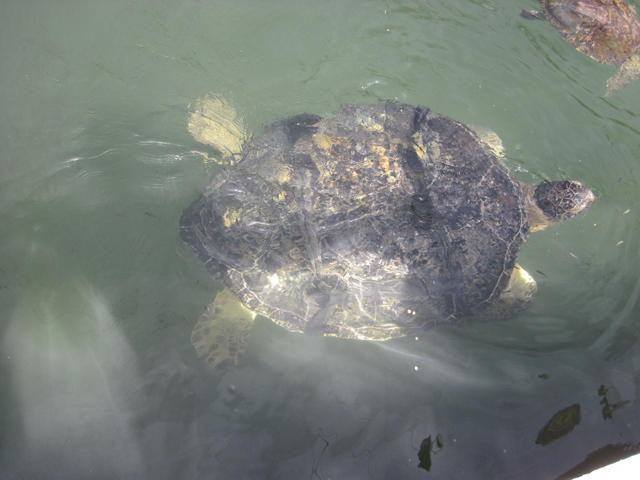 This is O.D. Another permanent resident weighing in at over 300lbs.

Boot Key Harbor is a great area for kayaking. We’ve been out several times sightseeing by kayak in the shallow grassy areas and in the many mangrove forest. On one of our excursions we discovered an abandoned dingy inside one of the mangroves. It was a good quality dingy but in need of a little TLC and a lot of elbow grease. 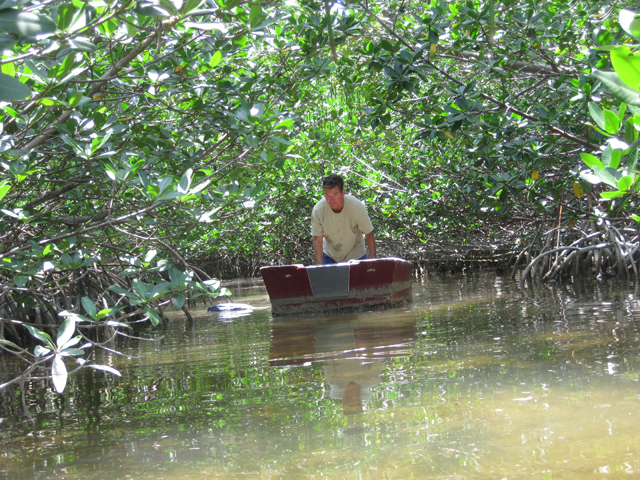 This lost dinghy was deep in the mangroves.

We came back to it later in our dingy and towed it to the city marina in hopes of finding it a good home. That was a week ago and as of today it remains unclaimed. I’m beginning to think that Conrad and I are the only two people that can see the potential in half sunken boats. 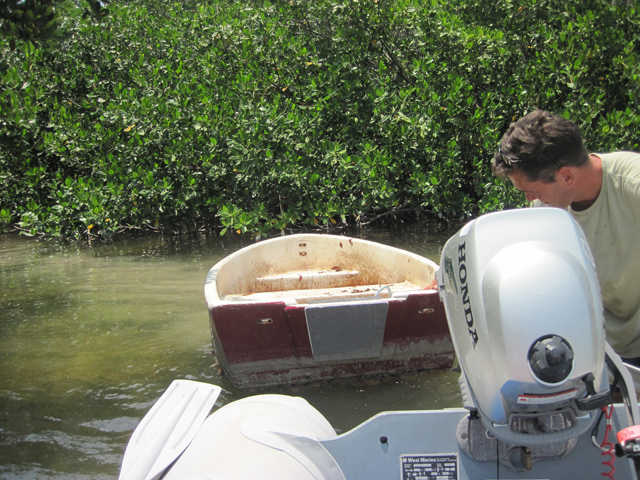 Too shallow to motor, had to row it out of the mangroves. It turns out the owner is a live aboard and happens to be in jail at the moment. He didn't even know his dinghy was lost. They locked him up for sailing by a waterfront bar and tossing beer bottles at the customers. They frown on that here. 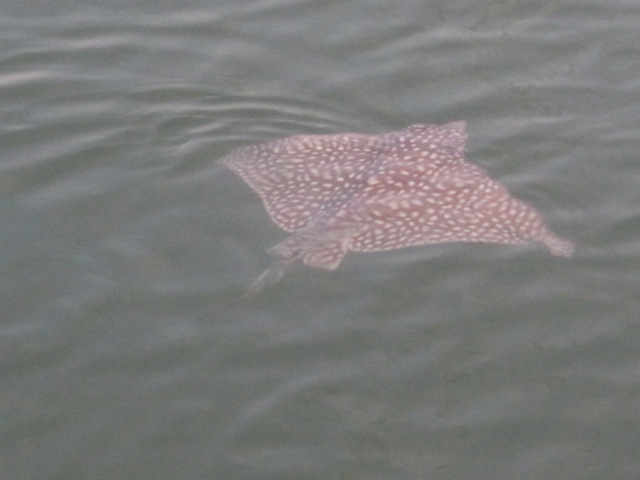 Spotted eagle ray swimming next to the boat. 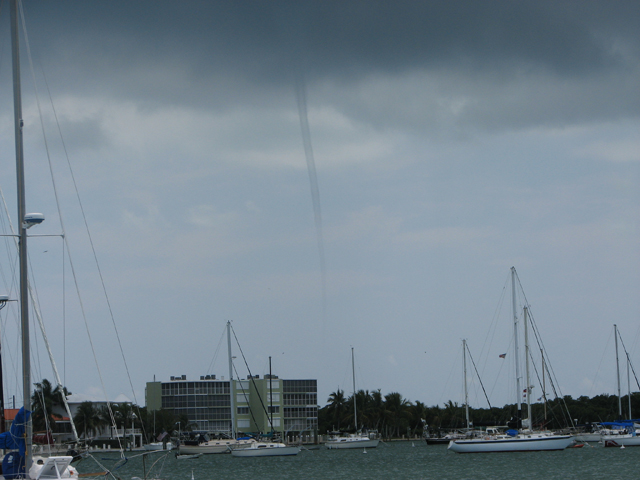 One of many funnel clouds produced by a thunderstorm that moved over Boot Key Harbor. 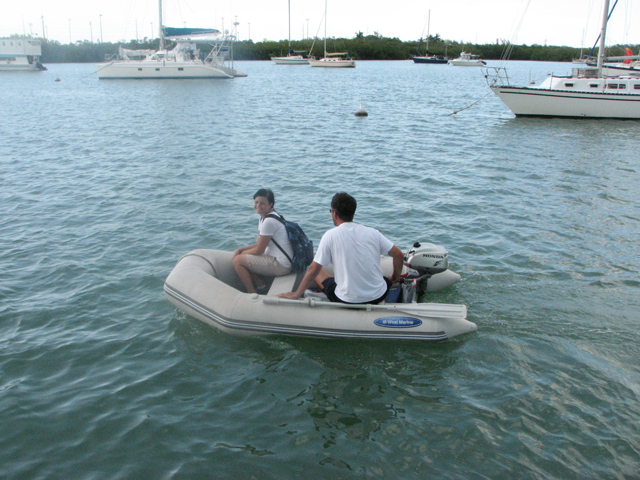 Conrad and Logan going to shore. 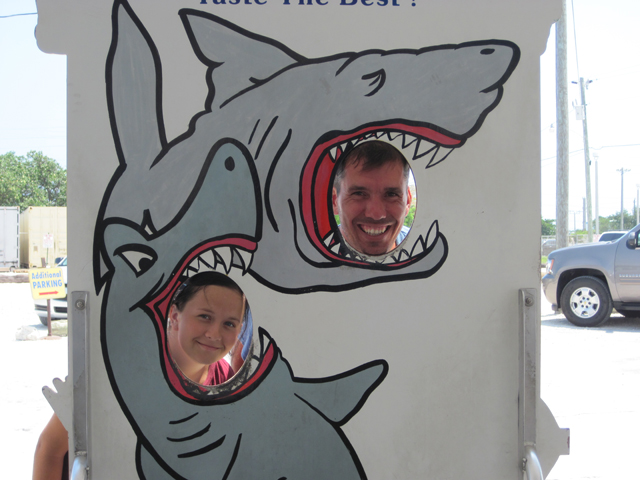 Conrad and Logan being silly.

Tuesday May 22nd is a big day for us. Logan’s lifelong friend, Madison, is flying in from Louisiana for a visit. She will fly into Miami where we will pick her up in a rental and drive straight to Key West for a couple of nights. After that we will drive back to the boat in Marathon for the remainder of her stay. We are really looking forward to seeing her and having her here with us.

4 thoughts on “Hanging out in Marathon”