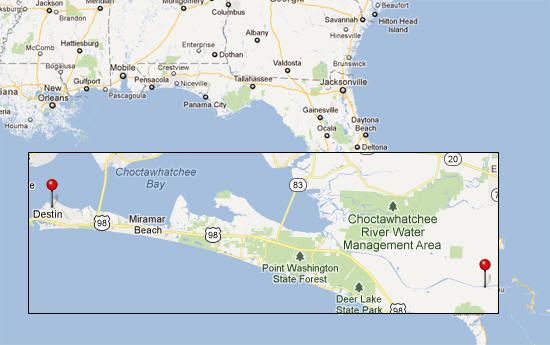 After some much needed rest and our morning coffee we weighed anchor and set out on our course to West Bay Creek.

It took us approximately 3 hours to cross Choctawhatchee Bay. We had great winds so we put up the jib and motor-sailded at 6 to 7 knots most of the way across. It turned out to be another beautiful day. I took over the helm once we entered into a part of the ICW (Intracoastal Waterway) known as “The Grand Canyon”.  It’s a narrow waterway with high banks on each side. 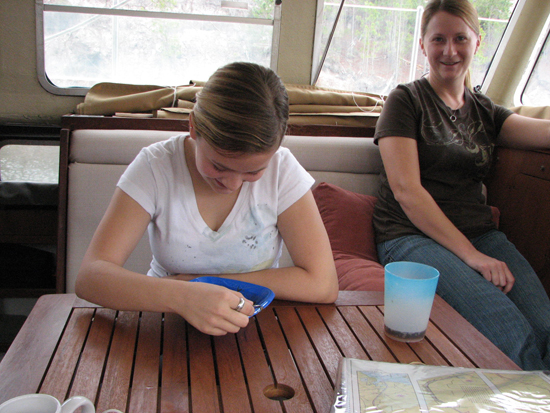 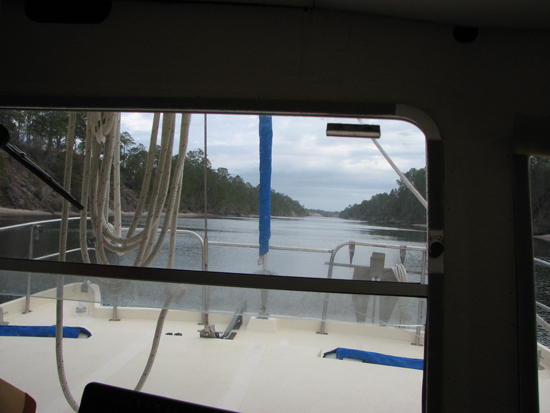 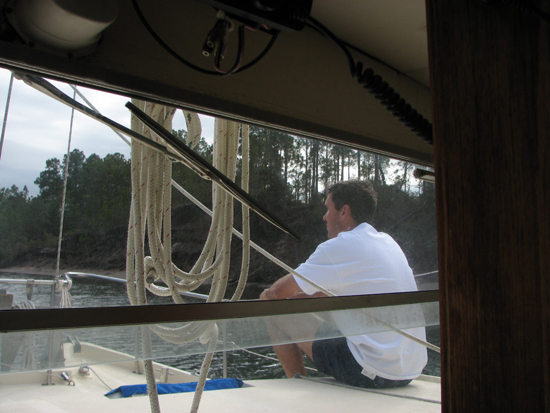 Since we left Pensacola we’ve only seen three other boats on the water. Soon after we entered The Grand Canyon a power boat zoomed by. We were just able to make out the words “U.S. Customs and Border Protection”. We thought this was a strange place to see U.S. Customs since we were nowhere near a border.

They motored past us a little ways and then made an abrupt turn back towards us. Conrad said “Damn they are going to pull us over!” Sure enough they pulled up behind us and we slowed down as they approached. As part of a random check we supplied them with our identification and boat documentation.

After a quick check we were cleared to go.  They were extremely nice and pleasant to deal with. Of course Logan thought this was all very exciting as she’s never been pulled over on a boat before. She took a picture as they motored off. 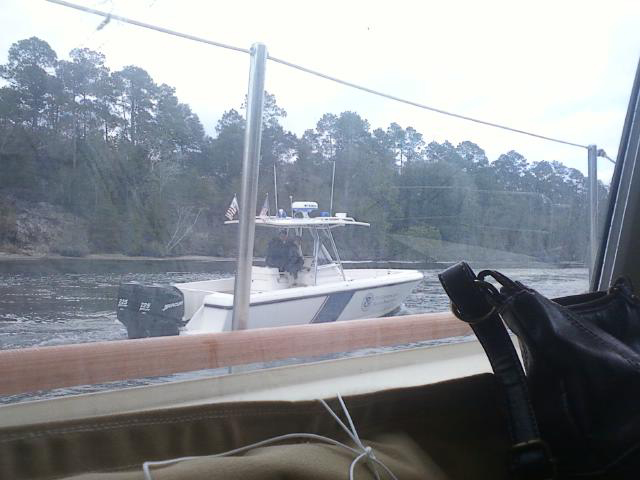 After a couple of more hours we reached our destination in West Bay Creek. We planned to anchor in an inlet that didn’t have a lot of depth. Since we only draw 3 ½ feet that wasn’t much of a concern for us. Just to be on the safe side we sent in our depth finder ahead of us.

After a thumb up from Logan we motored in and set anchor. Logan continued on a ways in her kayak to check out the creek. She was thrilled to be able to pull her kayak onto shore and walk on land after being on the boat for two days. 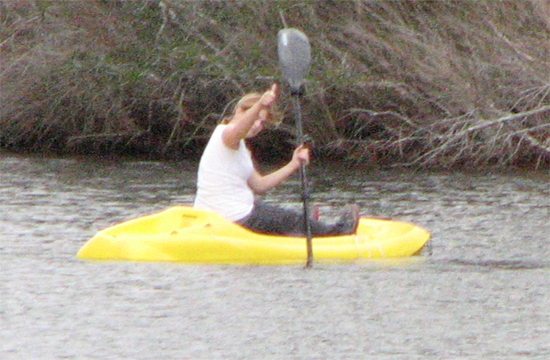 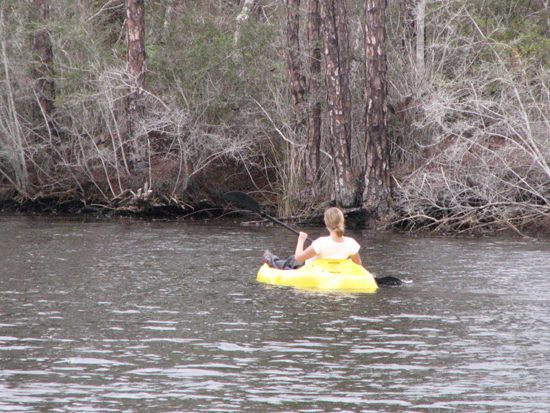 Once the anchor was set Conrad and I joined Logan in a little kayaking. The creek was in the middle of nowhere and very serene. It was eerily quiet as we paddled up the creek. You could actually hear the wind beneath the wings of the birds as they flapped by.

Conrad and I woke early for a morning kayak before weighing anchor. If you’re looking to learn more about kayaking, feel free to check out campingfunzone.com. 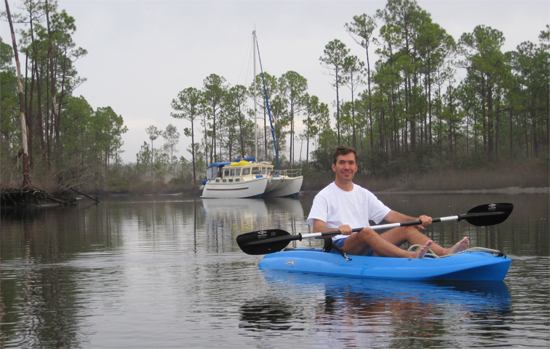 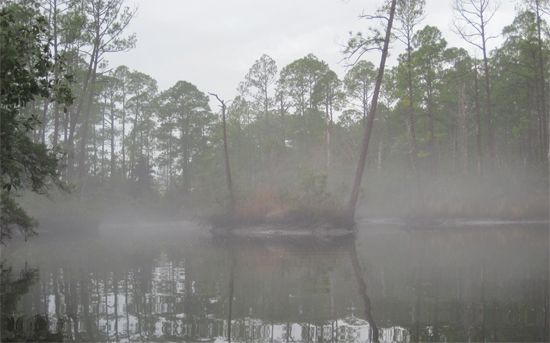